Steam systems have various applications for industries, although the Australian company TerraJoule may have found yet another use for them: storing solar power. According to the online publication TreeHugger, the company has proposed a system that uses steam engines to store excess solar energy for later use, especially for days when the sun doesn’t shine much. TerraJoule gave a brief description of their proposal:

Since it is impractical to store gaseous steam for later use, the steam is condensed into the mass of water where its energy is stored. When needed, the stored energy flashes the water back to steam. The energy lost in this steam-water-steam phase change cycle is less than 2%… The result is storage at less than 20% of the cost of batteries, with no degradation, no cycle limits, no toxic or rare materials, and a useful life of at least 25 years. 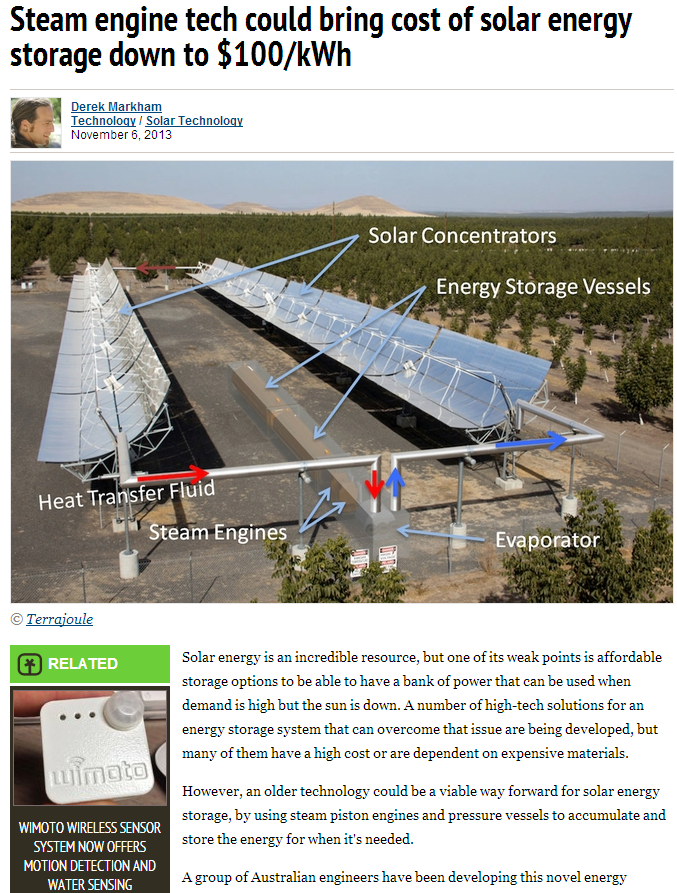 For this to work efficiently, however, steam traps may be needed in order to harvest all the condensate that will be produced by the engines. Condensate may be a waste product, but it is still water that the engines can use and therefore shouldn’t go to waste. Fortunately, there are various companies that offer the best equipment for steam systems like ALB Industrial Supplies, a supplier of Armstrong steam traps based in New York.

In a steam system, condensate is formed by a variety of ways: during the heat transfer process, the distribution process, or even on the various mechanical parts of the system as they work. Generally speaking, condensate has to be removed or harvested to prevent heat loss and corrosion. Water loss may be seen as another rationale for steam traps, especially for TerraJoule’s proposed solar-steam system since it involves active condensation of steam.

The only catch is that the steam traps need to be reliable and durable enough to see continuous service, since TerraJoule also intends their proposed system to operate 24/7. As such, steam traps should have efficient carbon dioxide venting to prevent the formation of carbonic acids (which is another cause of corrosion) as well as air venting for more efficient heat transfers. Safety is also an issue since steam traps can rupture due to pressure buildup, but that won’t be an issue when using a reliable Armstrong steam trap (or any other from a reputable brand).

(Article Excerpt and Image from Steam engine tech could bring cost of solar energy storage down to $100/kWh, TreeHugger, November 6, 2013)