While emphasis is placed on choosing the right domestic or industrial steam systems to ensure the consistent production of steam while using the least amount of energy, equal importance should be placed on ensuring that these systems are safe to use. Most people consider steam to be water that has been boiled into vapor that is more or less harmless. While on most accounts this assumption proves true, excess amounts of steam, particularly when pressurized, can be a significant hazard. 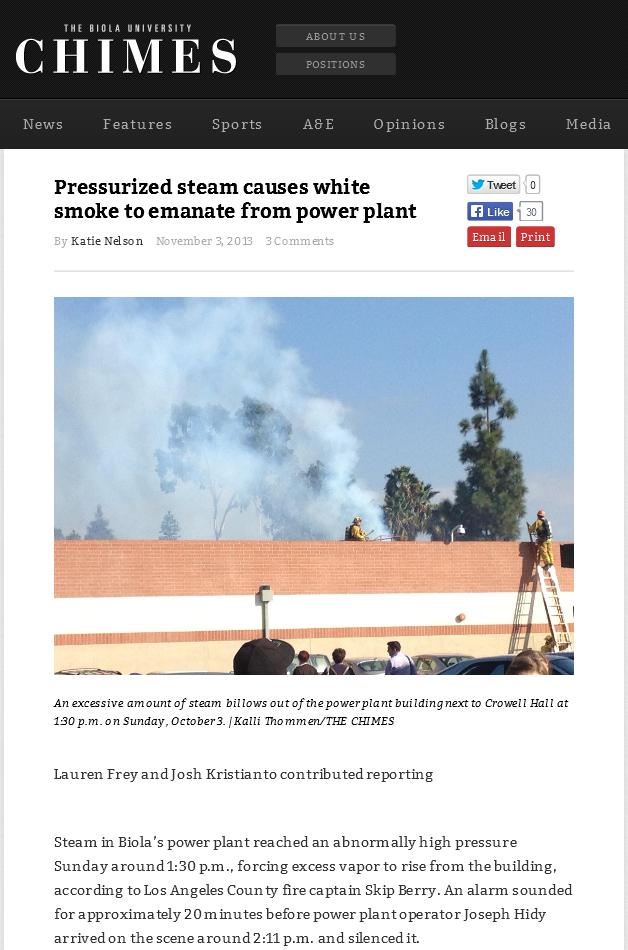 As detailed in a report published by The Biola University Chimes on November 3, 2013, pressurized steam that isn’t regulated by pressure reducing valves or regulators could lead to dangerous explosions:

“Steam in Biola’s power plant reached an abnormally high pressure Sunday around 1:30 p.m., forcing excess vapor to rise from the building, according to Los Angeles County fire captain Skip Berry. An alarm sounded for approximately 20 minutes before power plant operator Joseph Hidy arrived on the scene around 2:11 p.m. and silenced it.”

“Had a safety valve not been in place to relieve the pressure, the plant would have exploded, Berry said.”

“It was a buildup in steam pressure, so that was the relief valve releasing the extra steam and pressure so it wouldn’t blow up,” he said. “The thing operated the way it should’ve.”

In the aforementioned scenario, the appropriate pressure relief valve was installed in the plant’s system. This effectively released excess steam and relieved pressure, which would have otherwise mounted, causing damage to the facilities and injuring the workers. While PRVs are paramount to ensuring that pressurized steam does not endanger the system or those who use it, it is also important to ensure that the correct PRV of the highest quality is installed.

Those who are looking to replace their current PRVs or any other part of their steam system can find authentic parts from reliable suppliers, like A.L.B. Industrial Supplies Inc. These include Spence PRV regulators, Armstrong Steam Traps, Danfoss Valves, Hoffman Steam Traps, Mepco products, and Spirax Sarco Steam Traps. Utilizing products of the highest quality will reduce repair costs and reinforce safety measures.

A durable Spence valve for domestic and industrial steam systems boasts nearly frictionless operation, which leads to longer service life. Spence steam valves can be used for a wide range of commercial and industrial applications, such as steam boilers and pressure reducing stations, as well as air compressors and cookers. Experts recommend that operators source their valves from suppliers that offer extensive inventories. These suppliers should also be able to recommend the products that would work best for their clients’ systems.